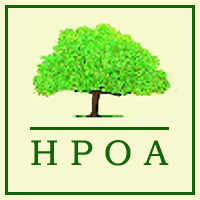 The Hiddenbrooke Improvement District (HID) was created by the City in 1998 to fund municipal capital infrastructure improvements in the valley (streets, streetlights, water, sewer, etc.). These improvements were financed by bonds issued by the City. The bonds are being paid off over time through a property tax levied on Hiddenbrooke residents and will be fully paid off in 2031. If your parcel is subject to the tax, you will see it on your real estate tax bill as “HID 2004 Series A bonds.” The initial bond offering amounted to a little over $30,000 per residence.  For some developments, the obligation was paid down entirely by the developer and presumably rolled into the initial sale price; for others, it was paid down partially. Most homes are billed $1200 to $1800 annually if there was a partial pay down. In the Reflections development, there was no pay down, and the current annual levy is $3,591.  Note that homeowners can elect to pay down all or part of the balance in order to avoid the installment payments going forward.  The Orchards development was exempted from the HID tax, in part because it was outside the original District boundaries and secondly because the developer agreed to build a bridge and dedicate it to the City as a contribution to the infrastructure.

The original HID bonds ($38 million) were issued in 1998 and then refinanced in 2004 to take advantage of better interest rates. However, the levy on each property was kept on the old 1998 amortization schedule, and as a result, a surplus has been built up in the HID funds. The bond documents allow the surplus to be spent on capital projects within the District.

In FY 2009-2010, HID was holding $4.093 million in surplus over and above a $1 million reserve against delinquent payments required by the bond issuance documents, and money earmarked for bond payments that year. That surplus could be used for a number of things, including paying off the bonds early (which will eventually lower our costs), paying for new capital projects needed within Hiddenbrooke (“capital” projects are projects with a 20-year life span), or reducing the amount of our annual tax levy. In FY 2010-11, the City for the first time agreed to reduce the levy by $500,000 (about the same amount that was being collected above the amount needed for debt service) and also approved using $1 million of the bond reserves to pay down the bonds. In subsequent years, and due to continued lobbying by the HPOA, residents have benefitted from tax reductions and/or bond pay downs (early redemptions). The total reduction of resident taxes at the end of 2021-2022 will be $3.55 million in reduced property tax bills and $3 million in early redemption of bonds.

Here are some of the capital projects the HID bonds have been used for or are planned: 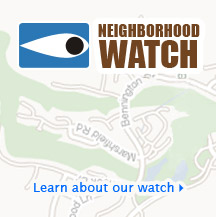 Disclaimer:  Information presented on this website is collected, maintained, and provided for the convenience of Hiddenbrooke owners, buyers, and sellers by members of the mandatory Hiddenbrooke Property Owners Association, Inc. While every effort is made to keep such information accurate and up-to-date, the Association does not certify the accuracy of any information that is provided on this website. We encourage all who read it to do their own research and/or obtain their own advice from their legal advisors.